After winning five of their eight contests at THE Spring Games in Clermont, Florida, the Ravens endured a tough week, finding themselves on the losing side of the box score all four times out.

AU dropped their first two home games of the season, losing both games of a Thursday doubleheader to the Ohio Northern Polar Bears.

Runs came at a premium for the orange and black against ONU.  In game one, the Ravens could only push across one run on five hits, falling to the Polar Bears 3-1.   Ironically, AU out-hit ONU, only giving up two hits.  Walks were the difference.  Seven Polar Bears reached first on walks.   Of their three runs, two were scored by batters who reached base on a walk.

The Ravens lone run was driven in by Morgan Burke, scoring Markie Wood on a sacrifice fly.  Ashley Cleverly threw a complete game, allowing two hits and three runs, two earned, in her seven innings of work.  Her record fell to 2-3 on the season.

In the second game of the doubleheader, Anderson was unable to overcome a four run second inning for the Polar Bears, falling 5-2.  DJ Martz hit a solo shot to left in the bottom of the sixth, the first home run of her collegiate career.

The Ravens did get a boost from Brynn Gooding, making her return to the lineup after recovering a torn ACL suffered in the offseason.  Gooding reached base in both plate appearances, reaching on an error and recording a base hit.

Ohio Northern improved to 12-1 with their two wins.  The Ravens traveled to undefeated and nationally ranked Trine for another doubleheader on Friday.  Trine entered 16-0 and ranked fourth in the country.

Playing back-to-back series against nonconference opponents with a combined record of 28-1 is no small task.  “We take pride in our tough schedule,” explained catcher Blake Thomas.  “We push ourselves by seeking out nationally ranked teams.”

Anderson’s 5-5 record was not a clear reflection of their talented, veteran roster, leaving the potential for the Ravens to steal a game or two from the Thunder; Anderson was unable to do so, dropping to 5-7 on the season.  While the Ravens came up short, there was still tremendous value in the series.

“When we play a tough schedule,” continued Thomas, “it becomes less about winning and losing and more about intensity.  Keeping high intensity and being aggressive during games is what helps us win conference and push into post season play.”

The first game of the doubleheader resulted in a dominant victory for Trine, an 11-3 victory in five innings.  Anderson bounced back in game two, jumping out to a 1-0 lead in the first, before coming up short by a final score of 2-1.

The inability to plate runners continued against Trine.  “During the last four games, the struggle wasn’t getting runners on.” said Thomas.  “It was moving moving our runners forward and bringing them in to score. Our goal every game is to score first and to score often.

“If someone were to look back at our scorebook, they’d notice we wait until the ‘heart attack’ innings [final three innings] to start getting runs in.”

Shelby Calvert echoed these sentiments. “We aren’t stringing together hits to bring in runs,” she said.  “However, our defense has been great.”  Calvert called the Ravens’ defense “our biggest strength.”

The Ravens will host Alma tonight in a doubleheader that was rescheduled due to a rainout.  They will then welcome Rose-Hulman to Raven Field to kick off conference play.

After their streak of consecutive conference championships came to an end at five last season,  the experienced Ravens are looking to once again get back on top.

“Our ultimate goal is to win the conference tournament,” said Calvert.  “Then we want to get to the World Series and win that too.” 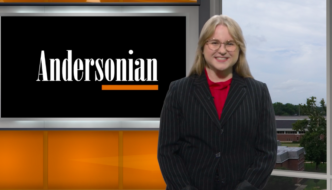 Candles and Carols spreads Christmas cheer from the School of Music, Theatre and Dance this Friday.
Read more:

Contemporary Christian band Sidewalk Prophets will return to the nest this weekend for a concert.
Read more: