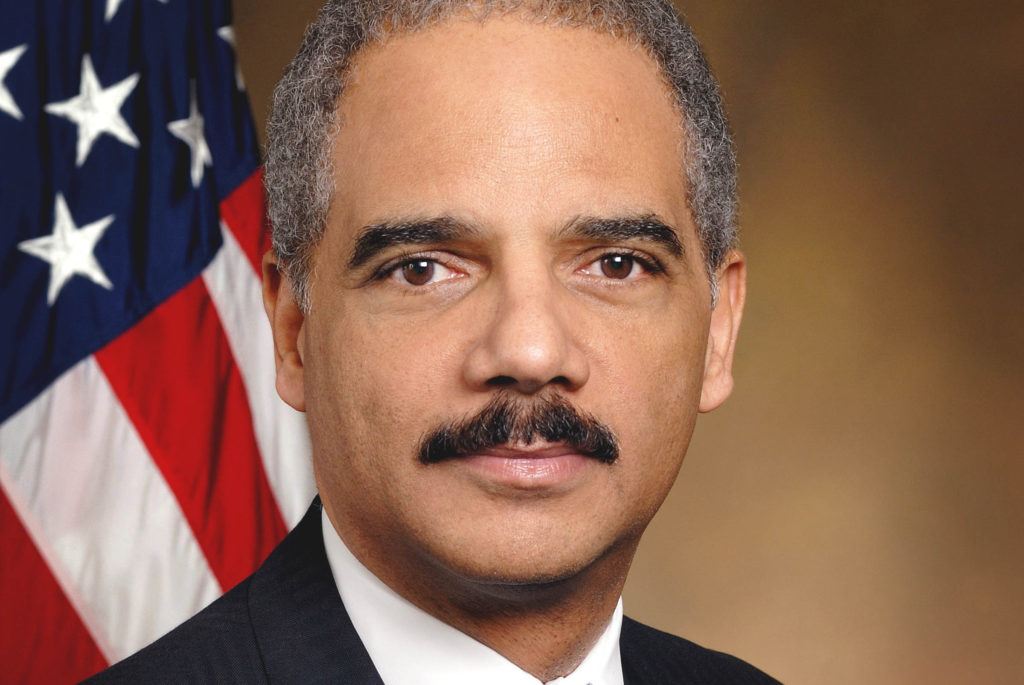 Eric Holder, former U.S. Attorney General, is coming to AU on Sept. 19 to speak with national security majors, and then in an open forum in York Hall. He is visiting in honor of Constitution Day on Sept. 17th.

Holder also served as a member of Obama’s vice-presidential selection committee, a judge of the Superior Court of the District of Columbia and Deputy Attorney General under Clinton. Holder now practices law in Washington, D.C., resuming his work at Covington & Burling that he began in 2001.

The former U.S. Attorney General recently penned an opinion article for the Washington Post in criticism of the recent decision to end Deferred Action for Childhood Arrivals (DACA). He cited a “deep misunderstanding of DACA” by the Trump administration as a reason for the controversial decision.

DACA has given about 800,000 young adults the opportunity to live and work legally with a temporary visa after being transported illegally to the U.S. during childhood.

Holder brings insight into the matter as he has been tasked with interpreting law throughout his career. To combat claims that DACA is akin to an “open borders policy,” he elaborated on the criteria that DACA participants must meet.

“When applying, they were required to have been enrolled in high school, have a high school diploma or equivalent or have been an honorably discharged military veteran,” Holder wrote. “In addition, they had to have lived in the United States continuously at least since June 15, 2007, and not have a criminal record suggesting they posed a threat to national security or public safety.”

Jeff Sessions, current U.S. Attorney general, explained on Sept. 5 that the intent of ending DACA is, in part, to counteract abuse of executive power by the Obama administration. In his formal announcement, Sessions said, “The executive branch, through DACA, deliberately sought to achieve what the legislative branch specifically refused to authorize on multiple occasions. Such an open-ended circumvention of immigration laws was an unconstitutional exercise of authority by the executive branch.”

Sessions discussed the consequences of DACA in his address. He said that “the effect of this unilateral executive amnesty, among other things, contributed to a surge of minors at the southern border that yielded terrible humanitarian consequences. It also denied jobs to hundreds of thousands of Americans by allowing those same illegal aliens to take those jobs.”

“There’s a wing of the Republican party—not the entire party, as the party’s very split on this issue—that wants to take a really hard line on immigration,” Shrock said. “[They believe] all these people are breaking the law, and that they’re the product of people who’ve broken the law to get here.”

“So that hard-lined wing has really pushed President Trump to make a stand on this, and Trump has handed it back to Congress and said ‘I’m sorry, but to the Republican party in Congress, you’re going to have to figure this out with your Democratic colleagues and try to come up with something that makes sense for the country,’” Shrock said.

Shrock also offered his opinion on the decision to end DACA and the potential effects, calling the decision a “tremendously bad idea.”

“Essentially, what we have are roughly 800,000 people who have lived here most of their lives, and who have gone through American education,” Shrock said. “Why on earth would we lose this resource? We need to attract educated people to the United States, not send them away. I think it’s a waste of resources, investments that we’ve already made in these people.”

“I don’t think the people that are so anti-immigration understand the need that we have for immigrant labor, for the expertise of some immigrants who come in that are highly educated,” Shrock continued. “We know, for example, that if you just look at Hispanics alone, Hispanic immigrants start up businesses at twice the rate of native-born Americans, regardless of race. We know that they bring entrepreneurial innovation into the country. It seems like a terrible waste for us not to continue cultivating that.”

“Here’s somebody who was Attorney General of the United States, who’s coming onto campus,” Shrock said. “There are some people who are upset that he’s a Democrat, but I don’t think they should be upset about that. The university has brought in a number of Republican and Democratic speakers in the past.”

“We’re about learning, we’re about bringing in different perspectives, and the university can’t shy away from bringing in high-profile speakers,” Schrock said. “I think Eric Holder is going to bring a tremendous viewpoint to campus, and a strong one. I think it’s great for our students to have that kind of experience, and just to see a former U.S. Attorney General here on campus. It’s an opportunity we would not have if our president wasn’t as connected with Washington D.C. as he is.”

Gillian Lintz provides updates on the changes to the campus COVID-19 policy and the upcoming Encore “Summer in Winter” event this weekend. Miles Morey fills us in on the women’s basketball and men’s basketball standings.

On Monday, Jan. 12, President Pistole sent out a COVID-19 update for the campus.

COVID-19 testing will be required for all students to return to campus after the holiday break in January.

AU's growing sport marketing program has continued to score on campus this past semester.