Freshman roommate assignments can be a daunting experience laden with anxiety and questions about who the invisible hand of residence life “matched” you with. Many fear the worst: for all they know, that match could be the type of person who streams video late into the night, constantly has their significant other over or leaves the room a messy warzone of dirty laundry and food wrappers. This person could very well become your worst enemy, or, if you are fortunate, your best friend.

The story of Eli Cooke and Aaron Hughey began as many AU students: meeting for the first time over the summer before their freshman orientation. Living on the second floor of Dunn, their room became adorned with band flags and bean bags as the two bonded over a shared passion for music.

“We’re both introverts, so it took a second at first, but we both opened up and became good friends,” says Hughey.

The random room assignment resulted in a blossoming bromance.

“Aaron is really mellow,” says Cooke. “He takes care of me way more than I take care of him. Sometimes he cleans out my fridge.”

Their mutual desire to make music sparked the idea of a collaborative project, which lead to weekly jam sessions and is finally coming to fruition as a creative record after three semesters.

“When I moved in and saw Aaron’s guitar, I looked at him and said, “Let’s do a heckin’ collab,’” says Cooke.

“It started out as a joke,” says Hughey, “one of those one-in-a-million ideas we could do.”

The still-untitled duo Cooke and Hughey hope to release this year is titled “And They Were Roommates” in reference to the popular Vine. The project will be a split EP with Cooke and Hughey each contributing around five of their own songs.

“A split was the easiest way to go,” says Hughey. “We don’t have the pressure of having an entire album and doing everything by ourselves.”

Between classes and extracurriculars, Cooke, a music composition major, and Hughey, an English major, have been frequenting Orangehaus Records.

The university provides many resources as a platform for aspiring songwriters and musicians, including the recording studio of Orangehaus Records. Nestled in the second story of Fine Arts is a door with a bright logo proclaiming its home. A mere two-minute walk from Dunn, the two have taken to this studio to work on their project.

The studio functions as a space for songwriters and musicians to learn the ropes of the recording industry, from recording to mixing, promoting and publishing music under the house label.

The student-run company is one of few university-affiliated professional labels in the country, and has given a platform for artists including Jon McLaughlin, Joshua Powell and Jansen Hogan of the WLDLFE.

The multi-instrumentalist roommates have been recording since September and describe the project as emo indie punk and math rock.

Hughey says that the experience of using Orangehaus has been humbling.

“We’ve been blessed with having, hands-down one of the best studios anywhere, close by,” says Hughey. “I’m glad that we have the opportunity to make the most of it.” 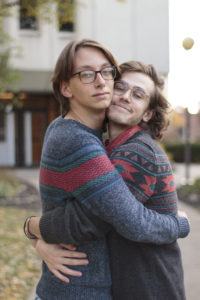 The sophomores’ debut holds a lifetime of dreams and aspirations. 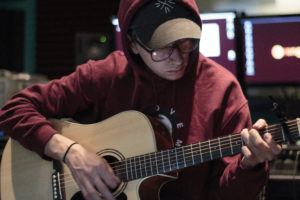 1.“It’s been a dream of mine for as long as I can remember, honestly, to be able to put something out that people could enjoy and would help them,” says Hughey. 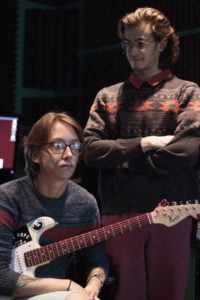 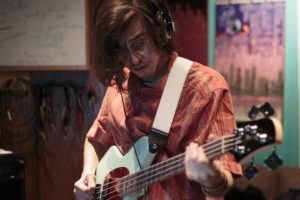 3. “I knew at one point I would be recording music if I was to be a musician,” says Cooke. 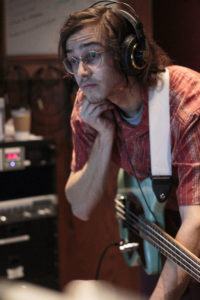 4. “It’s a good cathartic experience for me and the listener, I feel like. I always wanted to help people, and since I suck at math and everything, this is the best thing I could do,” says Cooke. 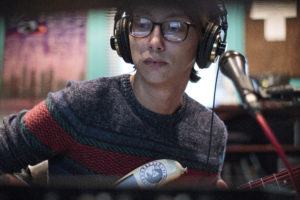 5. “Summerbruise inspired me because it’s not just a band to me, Mike Numman is a friend as well. Inspiration came from music that was there for me, in a sense,” says Hughey.