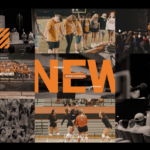 On Monday, August 29th, Anderson University Athletics announced that the Men’s Basketball Head Coach, Owen Handy, had resigned and Assistant Coach, Carter Collins, would serve as the Interim Head Coach for the 2022-2023 season. Collins will be entering his sixth year at AU, coaching under Handy for the past five years. Collins said, “The most important thing that he [Handy] did while he was here was making strides in the program.” Collins sees this as an opportunity to continue making sure … END_OF_DOCUMENT_TOKEN_TO_BE_REPLACED

“Greetings to you and all our fellow students, patrons and alumni of the Anderson Bible Training-School. May these ‘Echoes’ give you a better idea of the work of the students and a more personal acquaintance with the Class of 1922,” reads the third page of the first publication of Echoes 100 years ago. This year marks the 100th anniversary of publications at AU, with the student-produced yearbook “Echoes” being the first.  Echoes began in 1922 when the university was the Anderson … END_OF_DOCUMENT_TOKEN_TO_BE_REPLACED

Last month, AU unveiled its new state-of-the-art electrical engineering lab. It’s the latest in a series of specialized centers the school has introduced this semester, from a digital media lab to a new-and-improved nursing simulation lab.  The electrical engineering lab has glass whiteboards, a brand new projection system and nine benches for a total of 18 students. Each of those benches is complete with a triple output power supply, multimeter and oscilloscope/waveform generator. … END_OF_DOCUMENT_TOKEN_TO_BE_REPLACED 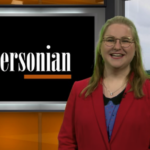 In this audio story, Zac Tallent speaks with junior cinema and media arts major Sky Cramer about his passion for film and photography and making the most of his time at AU. … END_OF_DOCUMENT_TOKEN_TO_BE_REPLACED

On a cool spring afternoon, many individuals fill the student-run campus coffee shop. Music plays at a medium volume, often drowned out by the sound of grinding coffee or friendly conversation. One individual sits at a large group table, happily socializing. His math textbook sits open in front of him. The spectacled individual, with slick dark hair and a bright smile, had a truly winding path to get to where he is today. Samuel Cho is a freshman international student this year at Anderson … END_OF_DOCUMENT_TOKEN_TO_BE_REPLACED