You are here: Home / Archives for Joshua Adkins

After graduating eight seniors, the AU men’s rugby team welcomes newcomers to join their organized club. “We’re looking for anyone who is real aggressive in nature,” said Hunter Rush, president of the rugby team.In his second season coaching and first year as head coach, Stephan Savarimuthu, says the team has worked diligently in creating a brotherhood that plays and enjoys rugby.“I’ve really enjoyed coaching these young men, and seeing how their fascination with the sport has grown,” said … END_OF_DOCUMENT_TOKEN_TO_BE_REPLACED

The editors of AU’s student-run Literary Arts Magazine have revamped the online magazine to encourage students to publish literary works.“I’m curious to know how people are responding to the types of changes the magazine staff has made and if they think this change has been beneficial or not,” said copyeditor Jordan Schmidt.The staff has changed the Literary Arts Magazine’s name to Slates, which represents a space where thoughts and ideas can be expressed.“Slates are like ballots where you … END_OF_DOCUMENT_TOKEN_TO_BE_REPLACED

On Saturday, April 2, the Residence Life department at AU will host its first Raven Run on AU’s campus at 9:00 a.m.In the past, Residence Life has used Winter Formal in the fall semester as their way to raise money. “Since our schedule is really heavy in the fall, we decided to reevaluate things and try something new. So we came up with the Raven Run,” said Erinn Bridgman, resident director of Morrison Hall.Bridgman says that all the residence directors, assistant directors and Assistant … END_OF_DOCUMENT_TOKEN_TO_BE_REPLACED

The Peer Mentoring Program at AU uses upperclassmen as mentors to help incoming freshmen and transfer students get acclimated with the campus.All incoming students participate in a service project during orientation weekend, which helps students get to know their peer mentors and other newcomers to the campus. “I think it helps calm the nerves of incoming freshmen,” said Lisa Horst, director of first year experience at AU.There are 27 undergraduate students hired on as mentors. Each is given … END_OF_DOCUMENT_TOKEN_TO_BE_REPLACED 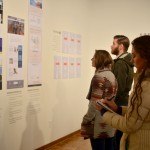 On Saturday, Jan. 23, the Wilson Galleries hosted Well Done Marketing, which is a marketing and advertising organization located in Indianapolis, founded by current president Ken Honeywell in 2005. Well Done works with over 50 nonprofit organizations for their marketing and advertising needs.“We have more writers on staff than probably any advertising agency in Indiana,” said Gonzales. He added that agencies from all over Indiana know Well Done for having great writers on their staff. The … END_OF_DOCUMENT_TOKEN_TO_BE_REPLACED

Miles Morey discusses the recent softball and baseball double-header splits, men’s and women’s tennis matches against Bethel and a historic game for the lacrosse team.

Matthew Burnstedt talks with Jonathan Williams about the path that led him to be AU’s first ever Esports coach. This audio interview was produced for the Spring 2021 Advanced Newswriting and Reporting course.

“Beginning June 1, AU will operate as a fully open campus with no required masking.”
Read more:

Gillian Lintz catches up with junior Gerald Potts about the unique circumstances that make music such an important part of his life.
Listen here: