You are here: Home / Archives for Entertainment

On Friday, Oct. 1, the School of Music, Theatre and Dance will present a concert of composer and lyricist Georgia Stitt’s music. “She’s an incredible artist and activist,” director David Coolidge said. “It’s a great opportunity for our students not only to work with a great level of material, but to receive direct feedback from Georgia.” For the past month, the department has been working every day to perfect the show. “Once we got into rehearsal, it has been pretty … END_OF_DOCUMENT_TOKEN_TO_BE_REPLACED 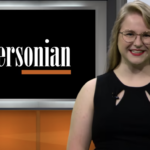 Gillian Lintz provides updates on the School of Music, Theatre and Dance's upcoming productions including "The Music of Georgia Stitt" and Miles Morey recaps this past weekend's women's golf and men's tennis events. … END_OF_DOCUMENT_TOKEN_TO_BE_REPLACED 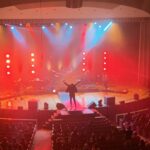 Every year, student talent is showcased and celebrated in Encore performances presented by the Avanti Boosters. Students have the opportunity to audition and perform for their peers in Reardon Auditorium with a full band. This year, the 30th Anniversary of Encore, will be extra special.Past Encore concerts have included themes like “Soundtrack” and “British Takeover.” The first Encore of this year will be “Anything Goes” but with a twist: a limited number of alumni will have the opportunity … END_OF_DOCUMENT_TOKEN_TO_BE_REPLACED

Usually held four times a year by the men’s social club Avanti Boosters, Encore has become a staple of the student experience at AU. However, the options for hosting such a large event on campus have been limited since the beginning of the pandemic. This reality has also affected popular CAB events, such as Bond.Before the semester ends, Boosters and CAB hope to give students a taste of post-pandemic normalcy—for the first time since February of 2020, both Encore and Bond will be held in … END_OF_DOCUMENT_TOKEN_TO_BE_REPLACED 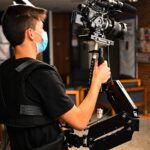 Among the busyness of spring semester on campus, cinema and media arts students have begun casting, filming and editing short films set to premier at this year’s Black Bird Film Festival. The film team for “The First Day” shot many of the scenes last semester, but were forced to delay further shoots due to COVID-19. This semester, the crew picked up where they left off and recently finished shooting. Director and producer Jonathan Williams, a junior cinema and media arts major, … END_OF_DOCUMENT_TOKEN_TO_BE_REPLACED

The Newsboys will bring their 2017 Love Riot tour to Reardon Auditorium on Saturday, Feb. 4.The Christian band has previously visited AU, along with Hawk Nelson, in the fall of 2015.This time around, Newsboys is set to return with a new performance aspect in tow—a theatrical production titled “God’s Not Dead LIVE! Rivals.”For the theatrical performance, the Newsboys “wanted to try something brand new, something different,” said lead singer Michael Tait. “We are very excited about sharing … END_OF_DOCUMENT_TOKEN_TO_BE_REPLACED 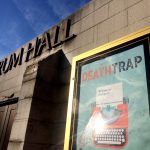 Rick Vale, the stage director of “Deathtrap,” the upcoming fall play at AU, says that “this show is described as a ‘comic thriller’ because it has elements of a murder-mystery as told in a comic way.”Vale and the cast have been rehearsing since Oct. 24, so they will have only been working on the show for a little over a month by the time it premieres. The cast consists of only three men and two women, while about 10 other people work with costumes, lights and assisting with other … END_OF_DOCUMENT_TOKEN_TO_BE_REPLACED 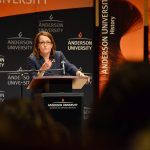 On Tuesday, Sept. 20, AU celebrated Constitution Day with guest speaker Loretta Rush, the chief justice of the Indiana Supreme Court.Rush spoke in York Performance Hall to a room full of AU students, community members, judges and even a class of high school students from Alexandria-Monroe High School.Constitution Day is a federally required time of reflection on the Constitution by educational institutions on or around Sept. 17 each year.During her lecture, Rush spoke on her experiences in … END_OF_DOCUMENT_TOKEN_TO_BE_REPLACED 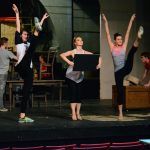 The cast and crew of the AU fall musical, “Gypsy,” has been working tirelessly to put together an amazing experience for their audience. “Gypsy” is a musical about Rose, the mother of Vaudeville star Gypsy Rose Lee, as together they face the reality of show business. The musical follows the progress of Rose as she works to raise two daughters to live out her dream for them: to perform on stage.The musical was written by Arthur Laurents with lyrics by Stephen Sondheim. Sondheim is known for … END_OF_DOCUMENT_TOKEN_TO_BE_REPLACED

Earlier this summer, an alumnus of AU had an idea to create a music video to Justin Timberlake’s hit song, “Can’t Stop the Feeling,” that would feature the faculty, staff, and student groups at AU. He kept directing the video in his head but couldn’t quite figure out how to get the job done.Eventually, he shared the project with David Armstrong, the operations director at Covenant Productions, AU’s on-campus video production company. Armstrong decided that the video could be used as a tool to … END_OF_DOCUMENT_TOKEN_TO_BE_REPLACED